Baldock and neighbouring parts of Bygrave and Clothall are likely to see big changes over the next few decades, due to proposals by the District and County Councils for major development around the edges of the town. These proposals are contained in the new North Hertfordshire Local Plan, being produced by the District Council, and are being taken forward mainly by Hertfordshire County Council, who own most of the land.

The Localism Act 2011 gave communities the right to prepare their own plans to guide future development. A neighbourhood plan cannot block the amount of growth proposed in the new North Hertfordshire Local Plan, but it does give the community a chance to influence what will happen. The Baldock, Bygrave and Clothall Neighbourhood Plan has, therefore, been prepared with one aim in mind: to get the best outcome for Baldock, Bygrave and Clothall from whatever development does take place. This means ensuring that the right facilities are provided, that the character of Baldock and the villages is safeguarded, and that new development is of a high quality.

The area covered by the Neighbourhood Plan (known as the 'Neighbourhood Area' – see Figure 1) includes the whole of Baldock and the parishes of Bygrave and Clothall. This is because the proposed developments cross the boundaries between these places, and it also allows the potential impact of the developments on the villages to be considered. The plan covers the period to 2031, which corresponds with the end date of the new North Hertfordshire Local Plan.

Annex A explains how the Neighbourhood Plan has been put together. Many individuals and organisations have been involved, which is important so that it reflects local views and aspirations as much as possible. Particular thanks are due to members of the steering group, who have invested considerable time in the process, to AECOM for their help with the design and landscape work, and to the bodies that have provided or offered financial support: Rotary Club of Baldock, Baldock Society, Cllrs Steve Jarvis and Michael Muir (through their locality budgets) and the Ministry of Housing, Communities and Local Government (which funded AECOM's design and landscape work and supplementary expenses). 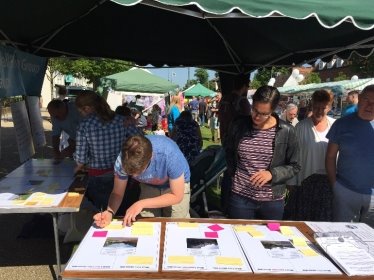 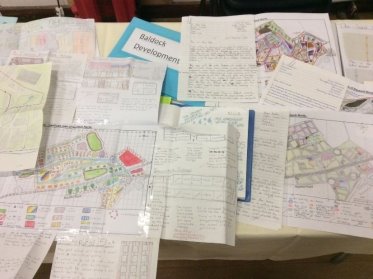